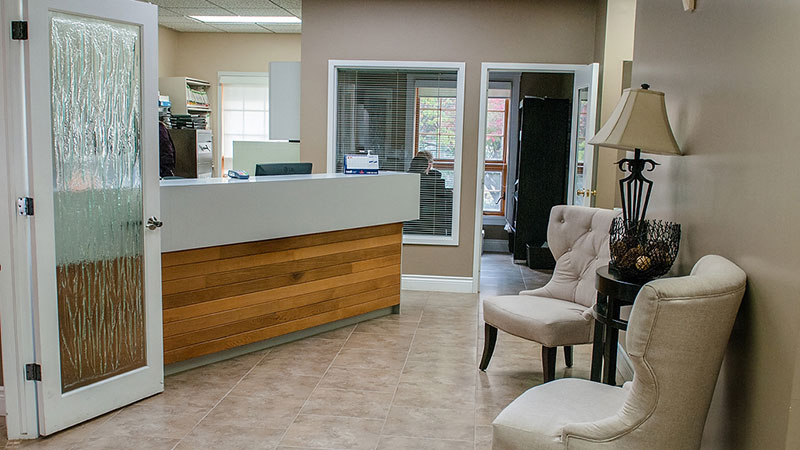 Our family dentists can restore the function and health of your teeth with dental fillings, root canal treatments, and other general dentistry procedures. At Stone Road Dental, our dentists take pride in providing their patients with a high level of care ensuring that they feel relaxed and comfortable while undergoing care. 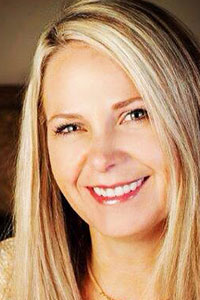 Dr. Kimberley Hill-Johnston grew up in Stoney Creek, Ontario where she lived until 2007 when she moved her young family to Niagara-on-the-Lake.

Dr. Hill-Johnston received undergraduate degrees in biology and psychology with honours from McMaster University. She went on to pursue a Master’s degree in clinical child developmental psychology at York University. She spent her last four years of formal education at the University of Toronto where she earned a doctor of dental surgery (DDS) degree. It was during her final years at the University of Toronto that she married her husband, Clayton, and gave birth to her first of four children.

Dr. Hill-Johnston spent the first four years of her career as an associate in a practice with her sister in Burlington, before purchasing Stone Road Dental in 2004. She fell in love with the beauty of Niagara-on-the-Lake and the charm of its people. She has a passion for learning and is continually taking on new educational endeavours to increase her skill capabilities. She has travelled extensively across the U.S. and Canada, studying aesthetic dentistry and orthodontics. Dr. Hill-Johnston is a member of the ODA, CDA, and the International Orthodontics Association (IOA). She continually strives to keep abreast of all the new techniques and research in the dental field.

There is more to being a part of a community than merely living and working and Dr. Hill-Johnston strongly believes in giving back to the community. She encourages her staff to be involved as well. As a member of the Virgil Business Association since 2004, Dr. Hill-Johnston and her husband donate their time and efforts to the association and its causes. Stone Road Dental has participated annually in the Heart and Stroke Big Bike Race through Niagara-on-the-Lake and in Breast Cancer dress down days where thousands of dollars have been raised. Dr. Hill-Johnston also ran a successful charity bleaching program to help support a patient of hers who was dealing with cancer. She is also a continual supporter of several causes and charities in the community, including the Niagara-on-the-Lake Minor Hockey League, the Shaw Festival, Red Roof Retreat, Canadian Cancer Society, Sick Kids Hospital, Niagara on the Lake Baseball, and Niagara on the Lake Community Policing.

Currently, as well as being busy professionally, she is busy with her four children and all of their activities. She is extremely proud of her husband Clayton Johnston, as he embarks on his new career venture as a real estate agent with ReMax-Garden City.

Dr. Hill-Johnston has been a member of the International Association of Orthodontics for five years. 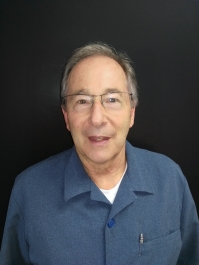 Dr. Ross was born in the Bronx, New York and moved with his parents to Nova Scotia. He grew up in Truro and moved to Halifax after High School.

Dr. Ross received his Doctor of Dental Surgery from Dalhousie University in Halifax and moved to Ottawa where he associated with a long established dental office for two years. Developing a love for the city, Dr. Ross opened his own General Dentistry practice in Ottawa’s west end.

Dr. Ross proudly has had long standing memberships in the ODA, CDA and sill maintains his membership with the Ottawa Dental Society.

Dentistry is a continuing learning experience and Dr. Ross immediately joined the Academy of General Dentistry earning his fellowship in the Academy in 1973. With his longstanding continuing education commitment, Dr. Ross was granted the honour of F.A.G.D Emeritus which he still proudly holds.

Along with his professional life, Dr. Ross has a variety of outside interests. One of the most stimulating now is the contact with the ensemble at the Shaw Festival. He actively pursues attendance to Classical music concerts, opera and additional live theatre at Stratford, Broadway in New York City, Toronto and Buffalo. Dr. Ross is an avid sports fan and enjoys his active participation with golf, swimming and formally tennis and skiing.

Dr. Ross has two grown sons in Ottawa, two step sons residing in the U.S. and four grandchildren. Having moved to Niagara-on-the-Lake., Dr. Ross and his wife Nancy are proud to be associated with Dr. Hill-Johnston and the caring staff at Stone Road Dental. 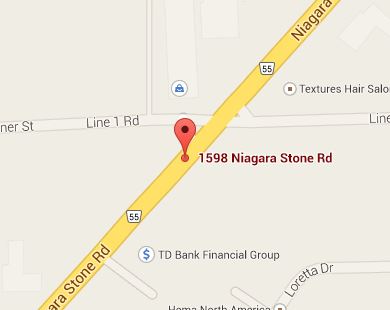